An unspeakable anguish fills me up immediately.

I do not know it yet but I’m having a second epileptic seizure, a partial one. A week before I had experienced the first one of my life, generalized, with a loss of consciousness and convulsions. Ambulance-ER-MRI-Diagnosis: cerebral hemorrhage due to a cavernous bleeding, a form of vascular tumor localized at the surface of my brain. Solution: operate, open and remove. Surgery had been positioned twelve days later, and until then I would remain under medical observation. After being hospitalized for two days, I was given the green light to go back home. I was trying to live as well as I could in anticipation of the operation, under heavy doses of antiepileptics. The cavernous being located on the left frontal lobe of my brain, the bleeding was compressing the area, making the right half of my body behaving awkwardly. I also had balance problems, and then finally, you understood, language issues. 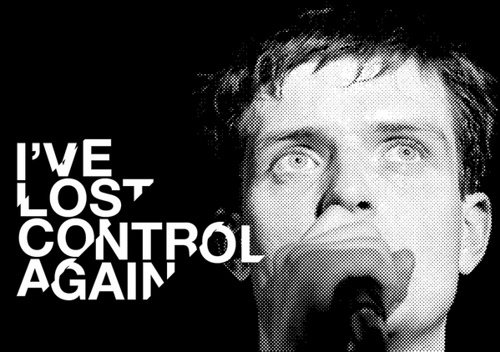 During that neural stuttering evening, while my wife was carrying me to the hospital and before the fit eventually passes, after several long minutes, I contemplate myself as a stranger. Another person.

I experiment a complete dissociation between my body in total spinout and another part of me, fully conscious, and totally helpless.

Is it a defensive reaction of my mind? A dam, built in emergency to protect the untouched part of my brain from a synaptic tsunami that would have engulfed it all? I do not know. Medical literature mentions the occurrence of altered states of consciousness during epileptic seizures, but I could find no further explanation.

If my brain messes around, am I the same person? And if I see him messing around, where am I observing it from? The brain is the seat of consciousness, as have recently affirmed researchers (consciousness is said to be located in the cortical area & brain stem), but if the seat gets wobbly, what is consciousness doing? It falls down, gets up and goes elsewhere? 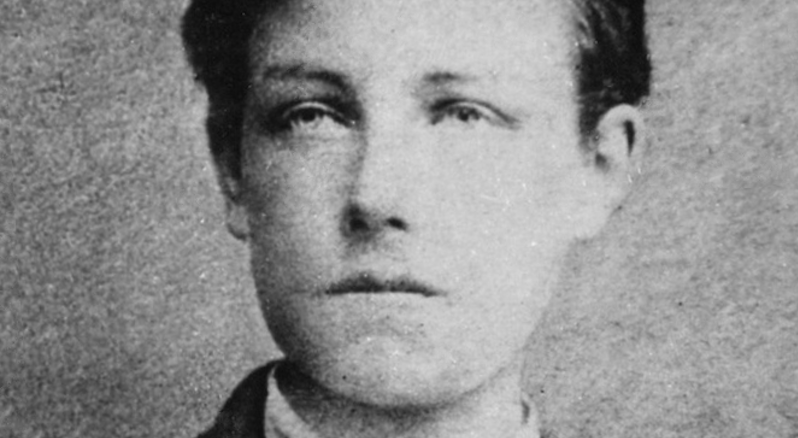 Looking back on it, this is the moment, this so very intimate and disturbing experience, when my life underwent a major inflection point, 15 years ago. A change of course spurred by the search for the answer to this universal question I had previously put under the carpet: who am I, really? (hint: the answer is not in the domain name)

Because, of course, I made it, and pretty damn well: the surgery was carried out perfectly, and since the moment I got in the recovery room I no longer had any physical sequelae, except for a nice fat scar on my skull. A memento mori reimbursed by the social welfare. The surgeon said he removed the size equivalent of a small matchbox, and that he perfectly cleaned the area. Indeed, three months later I passed the MRI scan which confirmed that it would all be behind me now. I had even more need medical monitoring. What a luck!

At the same time, I got a moral blow in proportion. After a brief period of euphoria that immediately followed the surgery, I lived a quite difficult psychological recovery. I had seen myself on the edge of the abyss, I had looked in the vertiginous gap, and it had shaken me up to the bones.
DEATH!!! 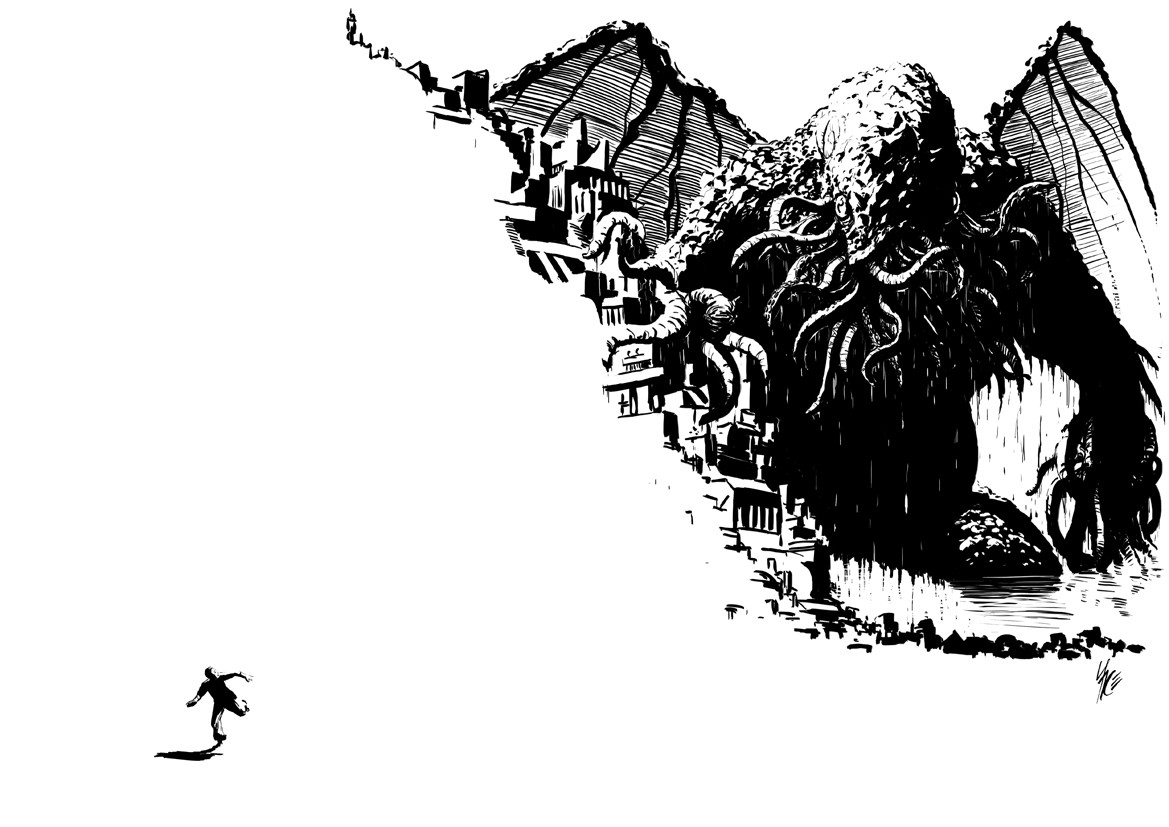 Generalized anxiety disorder, panic attacks, awful sleep quality… I could not stand the inevitability of my end. Denial was clearly no longer a possibility, now, I would have to learn to deal with it.

“Tibetan book of living and dying” extract, from Sogyal Rinpoche
“The longer we postpone facing death, the more we ignore it, the greater the fear and insecurity that build up to haunt us. The more we try to run away from that fear, the more monstrous it becomes.”

I had never been interested in spirituality before. Unbaptized and without any religious education, I simply postponed these questions to later (or never). However, I remember that when I was a child I sometimes looked at me in the mirror for some time, until the question “but who is this?” popped up in my mind. Or that with my sister, in the quiet of our common bedroom in the evening, with the lights out, we sometimes talked about death, confessing our mutual dismay. Or also that I would utter a word in loop (willingly at the time) until its meaning eventually faded away, and there was no more than sounds, as of any other sounds, meaning nothing, beyond language. I wondered what laid right there, right behind this common perception in which we all seemed to live. My interest in these mysteries did not last very long, they went away as time passes, life moving on. But if they stopped questioning me, these mysteries nonetheless remained intact at the back of my mind, and I found out they could resurface in a rather derogatory manner.

Clearly, despite my full recovery, I was not going well. This is when Penelope suggested that I should maybe give Yoga a try. She had taken some Yoga classes during her recent pregnancy, “the teacher is great!” she said, “it might do you good”… Well, I went there, without any particular expectations, and for the first time since the beginning of this story, I breathed normally. It was a gentle practice that made me a world of good, a true revelation! The gradual relaxation of my body allowed my mind to calm down in echo, and to start functioning properly back again. The Yoga teacher was also organising collective meditation sessions, which I started to attend regularly. I started to read traditional books, and developed a strong interest in Yoga in all its wealth.

To my amazement, I discovered a full proposal on the world. A way to see and accept things as they are, a path to follow all my life, dropping my fears. No dogma, but a set of tested methods transmitted from master to student over dozens of generations, a scientific approach to the whole body / mind paradigm. Realising that we are something else than what we imagine, much more, a promise I finger touch sometimes, and that anchors me every day more into the practice.

Meanwhile, after three months of sick leave, I get back to work. We are in 2003. I take the “recovery” opportunity to negotiate a part-time with my boss, a 4 days week which is usually reserved for young mothers at the time. I re-prioritise my life once, to breathe, slow down and try to fully appreciate what I have the chance to live. Gradually, my look on things changes, and I see that this story is really a blessing in disguise – in any case for me, if I set aside the concern caused to my family.

I include yoga in my life, or rather it is yoga that invites itself. I practice neither for very long sessions nor very intensely, but steadily. Yoga helps me regain and maintain a rather dense sporting life, to age well sportingly, balancing my physical problems. Gradually I develop a growingly subtle awareness of my body : I walk Yoga, I run Yoga, I swim Yoga …. Yoga sneaks in everywhere, all the time.

I have never been flexible, even rather stiff. I had a fractured thoracic vertebrae at 17 years old (car accident), a spondylolisthesis at 19 years old (surfing), lots of tensions in the psoas and hips (still today), probably due to unbalanced practices of athletics and tennis in my childhood and teenage. I continue to hurt myself, too: I sprain a knee playing volleyball, get a partial meniscectomy and rehab, again Yoga helps me there. I gently develops kindness towards my body.

I still have my anxious background, of course, it does not disappear like magic.
Sometimes, as it happens to anyone, I stumble on a word that I have to repeat, or I splutter, and immediately I am back into the epileptic episode, I feel the anxiety rushing in. But with time it happens less often and less intensely. I learn to observe that anxiety, and gradually to accept it as the part of me that it is. The ability to pay attention to my body that I developed on the mat naturally extends to my mind, I learn to know more about myself, globally.

It is around 2009, I think, that I start Ashtanga Yoga, with a different teacher. The autonomous, silent, codified practice that combines breath and movement immediately pleases me. Not because I have any physical predisposition towards it, on the contrary I am mediocre at best. But because it makes me face up with my blockages and limitations, both physical and mental. Ashtanga forces me to see in me what I tend not to look at. I will speak in more details of Ashtanga in a future dedicated post of my blog.

Over the years, I continue to see things more clearly and it helps me cope with the stress of my job. Classic paradox of the corporate world : I am ok in my job, rather efficient at it, so I get more responsibility, as a reward. I keep things in perspective for some time, well, I try to, for it is far from being easy with this management method. And at one point, in 2016, there is a planet alignment, a conjunction of circumstances that gives me the courage to let it go – and to be honest some sort of necessity also, as I have already said – to finally try to fulfill my nature.

Through my reconversion as a Yoga teacher there is an assumed form of selfishness, an opportunity for me to continue to grow, a desire to advance with bigger steps. There is also a strong desire to pass on what I have learned so far, to make known to others the fantastic tool of self-discovery that is Yoga. To play matchmaker. Contributing on my nanoscale to the world better being is a beautiful life perspective.

2 Replies to “How Yoga got me”