I continue to explore what transcends me, connecting the dots, and carrying on my journey on the path progressively taking shape in front of me. After Yoga and Surfing, I am now digging Punk Rock’s groove.

To be read listening to this playlist, maximum volume recommended

Although under torture I sometimes admit to listen to some other kinds of music, I am deeply in love with Punk Rock since I was 15 years old. UK Punk, French Punk, US Hardcore, Post Punk, Noise, Grunge, Indie / Alternative Rock, Surf & Skate Punk Rock, Garage, .., all these forms originating from the same simple and effective concept: the expression of youth frustration (young white male, most of the time), showcased with a lot of noise on a three chords musical alibi.

Now, how can I explain that in many ways, Punk Rock reminds me of Yoga? It is true that at first glance, they are pretty much opposite in all aspects : 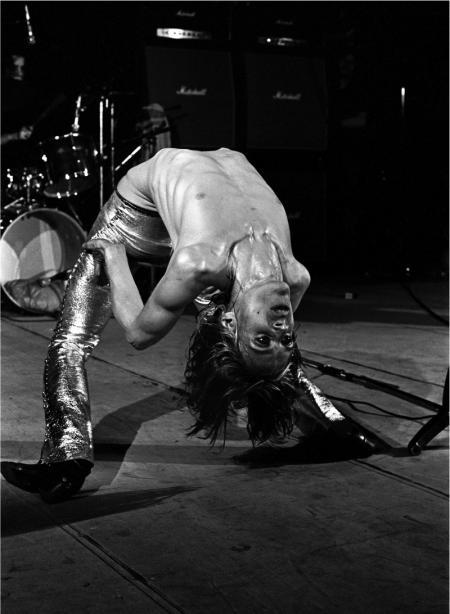 I discovered Punk Rock in high school, in the mid 80s. It was a great time in France with New Rose and Bondage Records labels featuring awesome bands, and Docs Martens were finally available by mail order! Béruriers Noirs, Ludwig Von 88, Dead Kennedys, … At that time I was fascinated by English music: a friend of mine who picked up Radio One on his father’s shortwave radio was dealing Top of the Pops and Peel Sessions audio cassettes. I naturally pulled the Punk string and took a first smack in the gob with the Clash, Sex Pistols, Buzzcocks, … It immediately talked to me. The energy, the emergency.. These guys sure do not lie, I told myself!

The wildness of the voices, the slogans, but also the humour and self-deprecation. Green teeth and hair, or yellow. A world apart from what life was like around me in Trégor, Brittany, France. And some time later, when I attended my first live show – Mano Negra, Putas Fever Tour in Rennes in 1989 – I took a second smack, along with several nudges in the ribs as a bonus.

Yoga aims at freeing us from our physical and mental conditioning, thus allowing us to see the intangible in ourselves and in everything: the Divine, the Consciousness.

A Punk show is not really an intellectual experience – who would have doubted it? – but for the body it is a great moment of liberation. The vibrations, heat, movement, (non) dance (pogo), sweat, make for the guaranteed evacuation of tensions, an electrically amplified catharsis. Then there is this unique blend of expression of anger and joy. Joy, because it is for one hour or two the experience of absolute freedom. No social judgment. Dance as you want, scream as you want, dress up and behave as you want. It’s mostly good spirit. Manly, but respectful, and this is liberating, too. You can be the most authentic version of yourself without anyone having anything to care about it.

The claimed animality of Punk music and shows goes together with a simple-istic way of seeing things and approaching life: to knock down the masks and experience the present. The important thing is now, and here. This is very similar to traditional Yoga teachings. 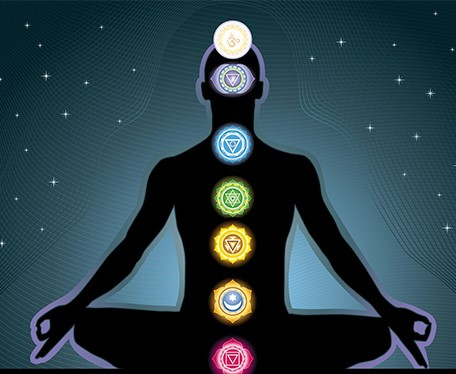 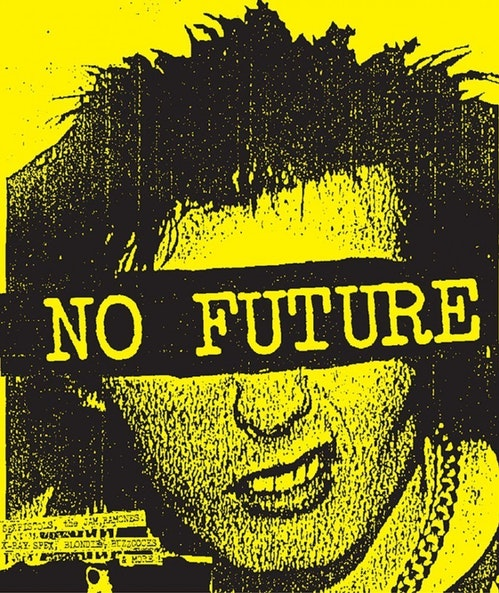 Youth anger is about the eternal confusion and frustration when facing the choices that society offers, often at the opposite of teenage ideals. At this moment of our life, our brain is in full reorganisation, it is the period when we have the most gray matter, when in some way we reach our maximum potential. We must resolve to cut some branches and it is not always a smooth walk in the park.

Punk Rock is about Seeing and showing things as they are: denouncing the filth, hypocrisy and absurdity of certain aspects of our societies. Pigsty. Where many see a lack of maturity, I on the contrary see great lucidity. The full realization of the limits of our contemporary human organisation. Take note, and move ahead, even if it’s at full speed right at the wall. 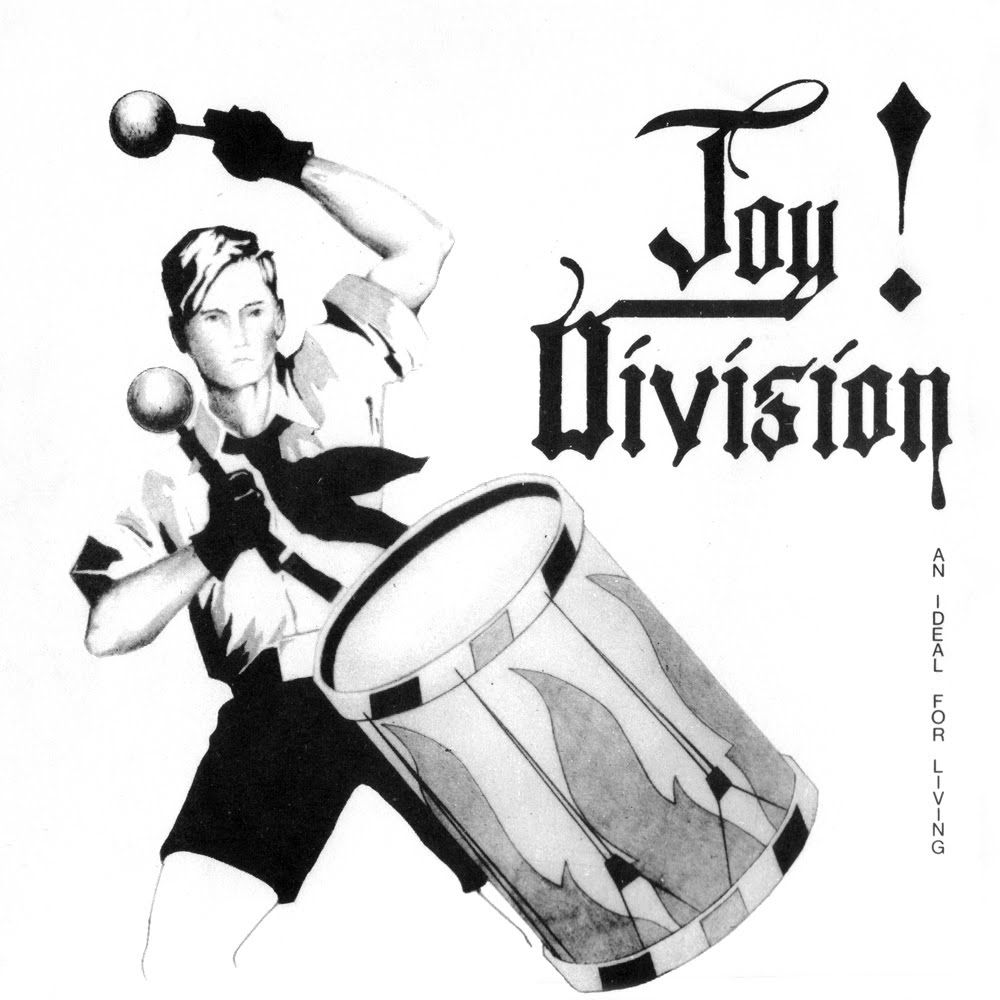 Joy Division – An ideal for living

Punk is a desire stronger than oneself to knock down the decor, to tell someone his home truth, to speak freely in situations where social pressure imposes the opposite. Sporting a mohawk and a safety pin in the ear is Punk, of course. No compromise, the message is clear: “I will not comply with your rules, I will not be a part of your thing”. But one can be Punk and still look like everyone else. Some people cultivate the art of irreverence by infiltrating in their own way certain stuffy environments, to better put mirrors inside them. Irreverence, when justified, is salutary. Humanity has been evolving that way, thanks to the courage of some of us. In Yoga, it is traditionally indicated that we must pass the Guru teachings to the sieve of our own judgment and grasp our own truth. 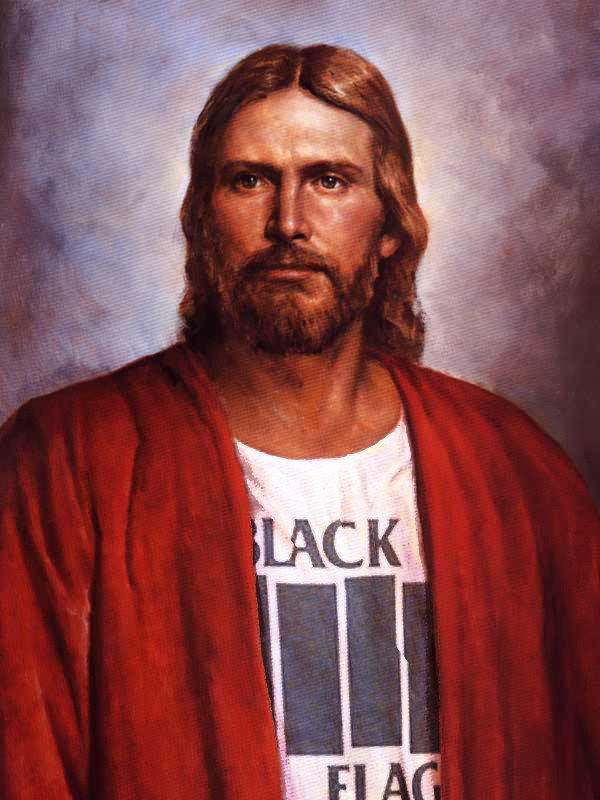 Jesus was a holy Punk Rocker!

Very often, Punk is associated with self destruction, rather rightly so when you look at drugs and alcohol ravages in Punk Hall of Fame. Indeed, even if there are Straight Edge bands like Minor Threat, a sober Punk is rare. In this category, the Burmese Punk band featured in the My Buddha is Punk documentary shouts its disrespect to Buddhist fundamentalists oppressing the Rohingya minority. 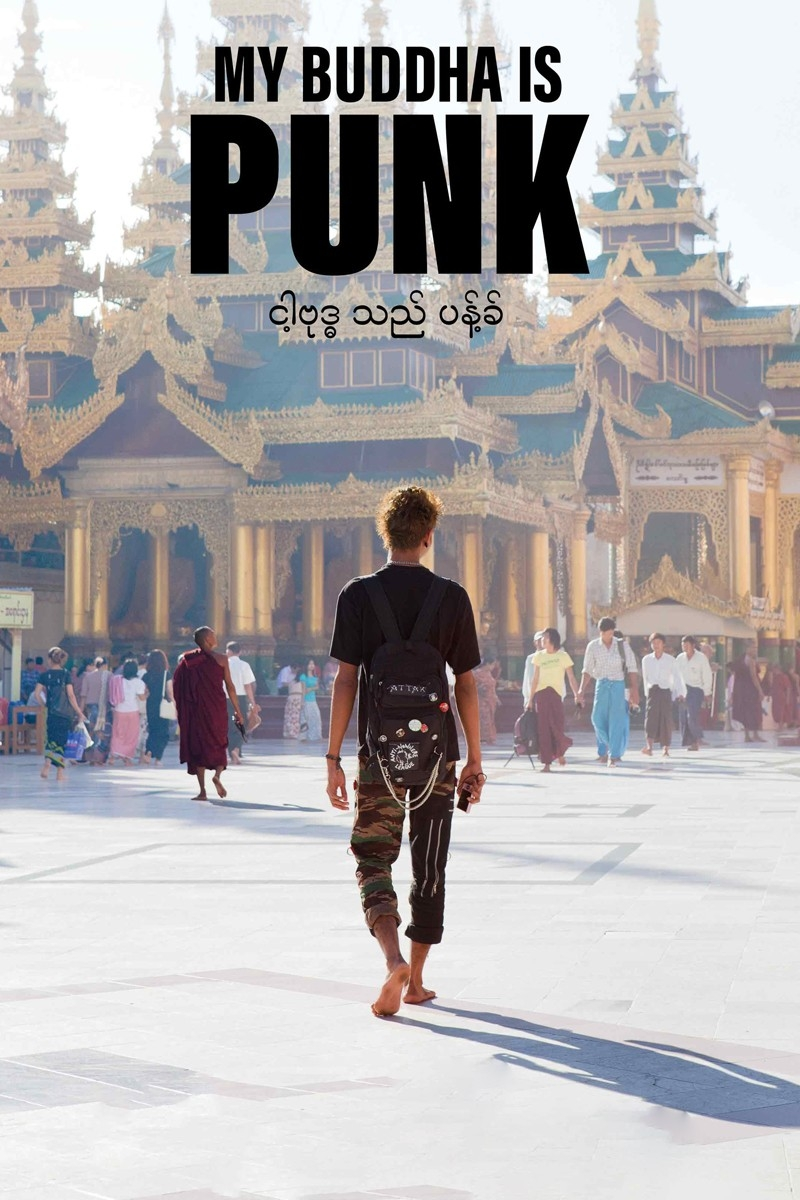 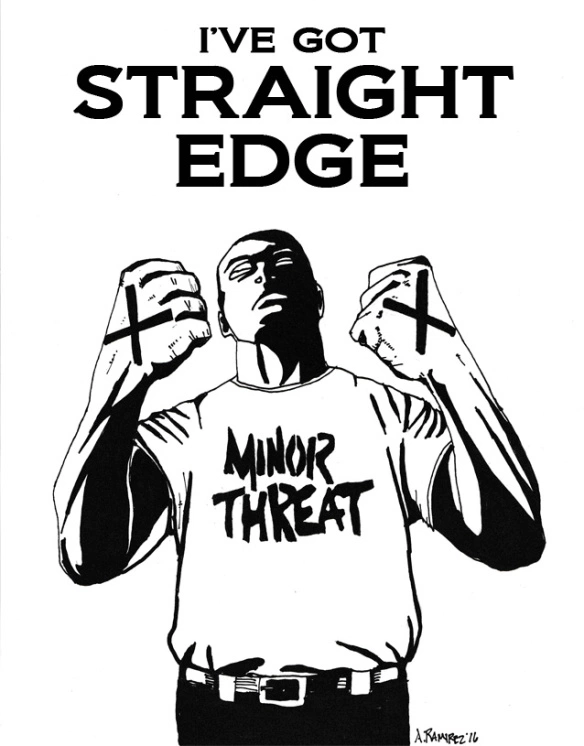 However, trying to reproduce the transcendence of the musical experience with substances is a cul-de-sac. Addiction is by definition a loss of freedom, which is what Punks cherish most, originally.

“Punk is musical freedom. It’s saying, doing and playing what you want. In Webster’s terms, ‘nirvana’ means freedom from pain, suffering and the external world, and that’s pretty close to my definition of Punk Rock.”
– Kurt Cobain

When it does not turn against oneself, Punk is a force of positive destruction, as is Shiva, a God whom many Indians worship. Before building anything you must first make a clean slate of the deliquescent existent. Destruction to allow birth. Punk anti-conformism forces discernment and opens the door of presence to the moment. Punk is to be experienced, and helps to See, like Yoga does.

I do not look like a Punk, I have never really adopted any self destructive behavior – not in the long run in any case – I am way too anxious. In the end, I think you got it, my Punk is kind of Yoga 🙂  and of course, my Yoga is kind of Punk, although there is no music in my classes 🙂